About the Mexican Hockey League 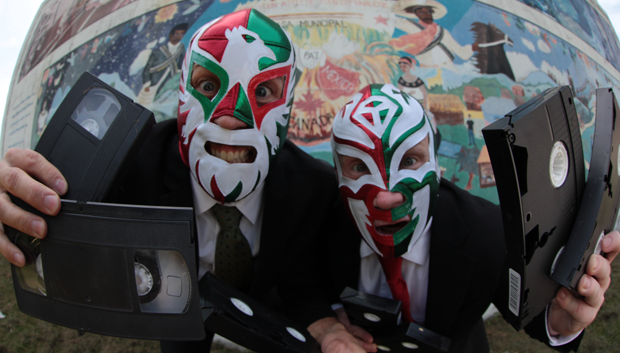 Neither Mexican nor particularly good hockey players, the Mexican Hockey League are a web comedy duo not based out of Mexico.

Childhood friends with a penchant for making videos of questionable artistic merit, the two honed their skills producing PSAs and short films during their high school days. Featuring more random sock boners than moments of social gravity, faculty members quickly tired of their antics and strongly encouraged the two to “try something else”.

Following their poorly-received reinterpretation of Stallone’s “Rocky” (where they opted to edit in scenes from “Rocky IV” to “improve” upon the original film), the two went their separate ways – eventually turning to household solvents and trance dancing to dull the pain of artistic failure.

Now, over a decade later, Houdini and Boom Boom are back together again: making web comedy shorts of marginally higher quality for the derision of many and amusement of few.

With a fanbase of dozens, including UFC Women’s Bantamweight Champion Ronda Rousey and the crew over at MMA Meltdown, the MHL are making up for lost time – and making a few new friends along the way!

Or the complete opposite of that – one of the two.